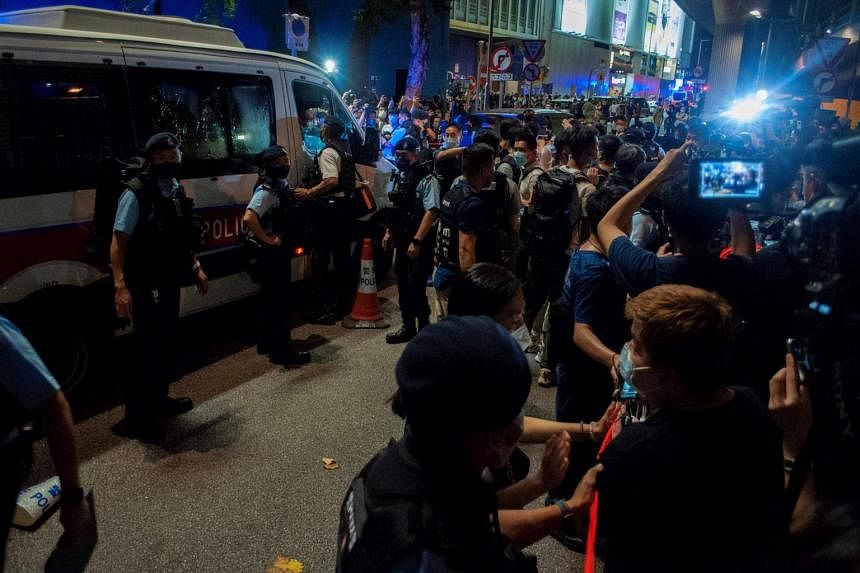 The decision by Court of First Instance judge Alex Lee removes a ban on reporting imposed by a lower court magistrate and will allow open reporting of pre-trial proceedings – known as committal hearings – in a Hong Kong national security case for the first time.

“The magistrate’s reasoning was totally in opposition to the principles of Open Justice that govern the exercise of judicial power in the context of restricting access to, or reporting of, court proceedings,”Mr Lee wrote in a summary of the judgment, adding that the magistrate, Mr Peter Law, had “erred” in his decision.

Mr Lee also said the court “rejects” a contention by Hong Kong’s Secretary for Justice that lifting the reporting restrictions “would frustrate the ultimate aim of doing justice.”

It was unclear whether the justice department or prosecution would appeal against the judge’s ruling.

The case involves three former leaders of The Hong Kong Alliance in Support of Patriotic Democratic Movements of China – Chow Hang-tung, 37; Albert Ho, 70; and Lee Cheuk-yan, 65 – who are charged with inciting subversion of state power under the China-imposed national security law.

Since the trio were arrested last September, they’ve been denied bail, and none other than basic details from numerous court hearings have been allowed to be reported so far.

Mr Lee ordered the magistrate to remove the reporting restrictions at the next hearing – set for Aug 17.

Authorities argue that the security law which punishes offences such as subversion and collusion with foreign forces with possible life imprisonment, is needed to restore stability to Hong Kong after protracted pro-democracy protests in 2019.

The law, which was introduced at Beijing’s behest, has been criticised by some Western governments as a tool of repression with scores of democrats and activists arrested and major civil society groups shut down.

Chow, who is in prison over two unauthorised assembly cases, also faces a separate national security charge related to a refusal to divulge information to police about the Hong Kong Alliance.

The Alliance, which organised annual vigils to commemorate those who died in China’s 1989 crackdown on pro-democracy protesters in and around Beijing’s Tiananmen Square, disbanded last September after the arrests of its key leaders.