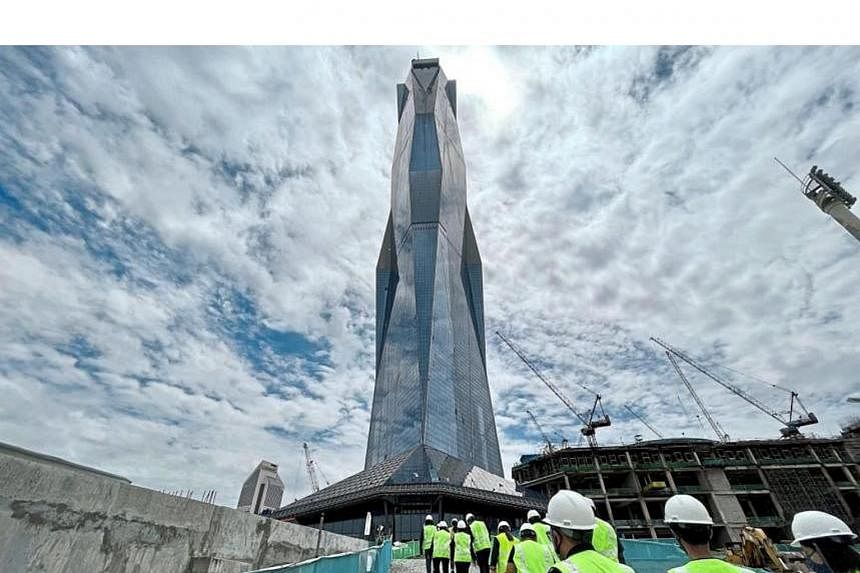 KUALA LUMPUR (THE STAR/ASIA NEWS NETWORK) – The Merdeka 118 Tower, touted as the world’s second tallest building, is due for completion by mid-2023, according to the developer.

“The offices can move in first while the hotel will be (ready) by the third quarter of next year,” he told reporters after a tour of the Merdeka 118 development.

The Merdeka 118 tower will stand at 678.9m. The figure 118 represents the number of floors in the building.

Only the Burj Khalifa in Dubai, at 830m, stands taller.

According to reports, the project’s development costs is about RM5 billion (S$1.55 billion).

Located in Kuala Lumpur, the tower is located next to Merdeka Stadium where Malaysia’s independence from the British was announced on Aug 31, 1957, by the country’s first prime minister Tunku Abdul Rahman.

That date is now celebrated as the country’s independence day.

A giant mall will be located on the tower’s lower floors.

A large underground station connecting several of KL’s LRT and MRT lines is being built in the tower’s basement levels.

“PNB and its subsidiaries will go in first. For the rest, we are working on it. The tenancy list will be announced later,” he added.

He said a must-visit attraction at the Merdeka 118 tower was at Level 116 (mezzanine), where South-east Asia’s highest observation deck is located. Tickets will be sold online for those who are interested to see the KL skyline, he said.