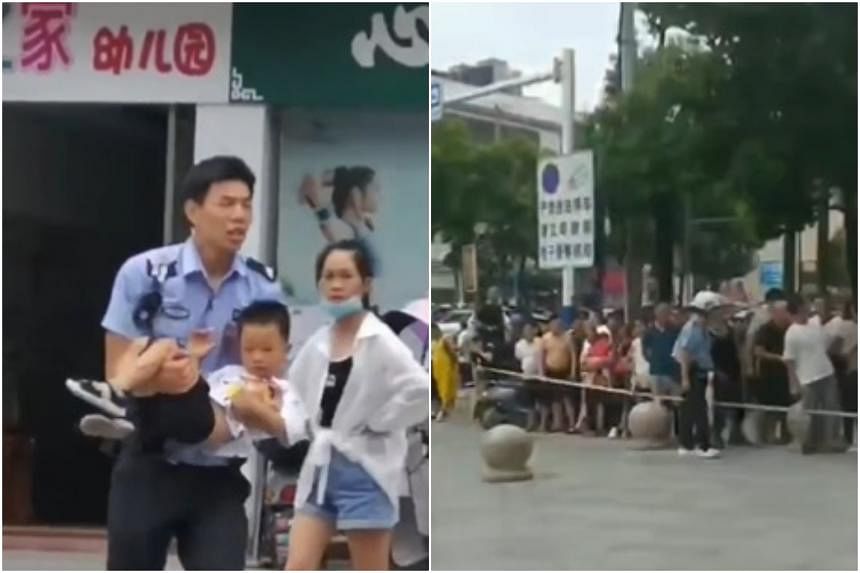 BEIJING (AFP) – Three people were killed and six others wounded in a knife attack on Wednesday (Aug 3) at a kindergarten in southeast China’s Jiangxi province, police said.

A “gangster wearing a cap and mask” stormed the private kindergarten in Anfu county at about 10am local time (0200 GMT), police said in a statement published on China’s Twitter-like Weibo.

The 48-year-old suspect is still at large, they added.

“Public security organs are making every effort to hunt down the suspect,” the police statement said.

In a video of the scene shared by state-run Beijing Daily, a police officer can be seen carrying a tiny child in his arms to an ambulance.

The ages of the victims have not been announced.

Mass violent crime is rare in China, which strictly prohibits citizens from owning firearms, but there has been a spate of mass stabbings in recent years.

And fatal attacks specifically targeting kindergarten and school students have occurred nationwide, carried out by people reportedly wishing to wreak revenge on society or because of grievances with colleagues.

The attacks have forced authorities to step up security and prompted calls for more research into the root causes of such violent acts.