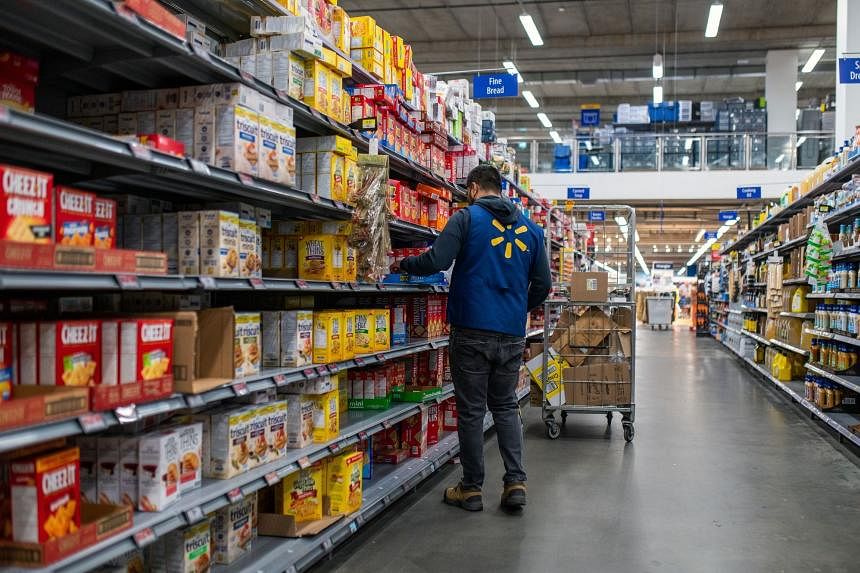 DALLAS (BLOOMBERG) – Walmart is eliminating about 200 corporate jobs as it contends with rising costs, bloated inventories and weakening demand for general merchandise.

The cuts include staffers in last-mile delivery and merchandising, said people familiar with the matter. Walmart will also add an unspecified number of jobs in areas such as e-commerce, health and wellness, ad sales and supply chain, said one of the people.

The US retail giant is tightening its belt a week after slashing its annual profit forecast for the second time in less than three months. US consumers are pulling back on clothing and durable goods purchases as soaring inflation raises the cost of food and basic items. That’s prompting Walmart to cut prices on general merchandise even as grocery sales – which are less profitable for the retailer – continue to rise.

Its shares fell less than 1 per cent in extended trading in New York on Wednesday (Aug 3). Walmart has dropped 9.8 per cent so far this year, while an S&P 500 index of consumer-staples companies slipped 2.9 per cent.

Walmart has more than 100,000 management and professional workers in the US, according to a federal filing. The company, the country’s largest private-sector employer, has a total US workforce of almost 1.6 million people.

Inventories surged during the company’s fiscal first quarter, in part because of a mismatch between customer demand and its merchandise.

In addition to spending more on groceries because of the highest US inflation in four decades, consumers who were cooped up in their homes earlier in the pandemic have been shifting some dollars to services such as travel and restaurants. Some may also be stepping back from home deliveries as they go out more.

As concerns rise about economic activity slowing in the US, other companies have also been shrinking their workforces or tapping the brakes on hiring plans. Ford Motor is preparing to cut as many as 8,000 jobs, Bloomberg News reported last month. Meta Platforms, the parent of Facebook, said it was slashing its hiring goals for engineers by at least 30 per cent this year. Alphabet’s Google told employees last month it would slow hiring the rest of the year.

The US Labor Department is scheduled to release its July jobs report on Aug 5. US nonfarm payrolls probably expanded by 250,000 jobs last month, based on estimates compiled by Bloomberg.